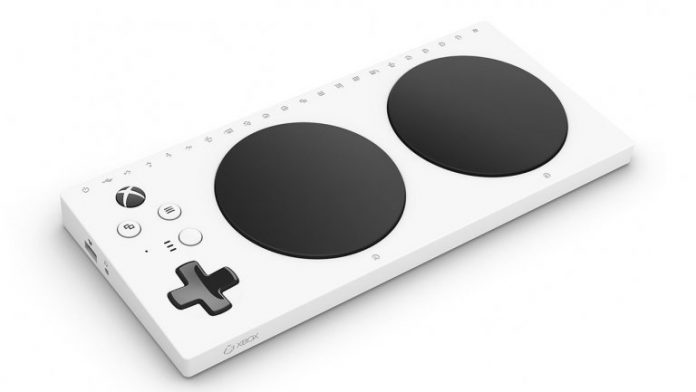 The gaming hardware Xbox Adaptive Controller has been specifically designed for the gamers with disabilities. The controller is now available and has been shipped on September 4, 2018. The new Xbox Adaptive Controller is priced at $100 at the Microsoft Stores and GameStop Online. The new gaming controller has been designed to allow the gamers with disabilities join their friends in playing games on the Xbox One as well as Windows 10.

Microsoft in a blog post wrote, “The Xbox Adaptive Controller is a product that was ideated and pioneered with inclusivity at its heart. We iterated on and refined it through close partnership with gamers with limited mobility and fan feedback, as well as guidance and creativity from accessibility experts, advocates and partners.” The US based tech giant has earlier set the ship date for September 30 for the orders that were placed in the US and September 29 for the orders that were placed in Australia and the UK.

The controller has been designed by a teamwork by the Microsoft’s Xbox, the AbleGamers Charity, Craig Hospital, the Cerebral Palsy Foundation, Warfighter Engaged and Special effect. Museum of art, design and performance V&A on September 4, 2018 said that it will acquire the Xbox Adaptive Controller to be a part of its Rapid Response Collecting program. It features contemporary items which reflect the historical moments.

The device has been designed to help gamers of all shape ,size and abilities to play games however they can on the Xbox One or a PC that is powered by Windows 10. The players can plug the ports in to switches, buttons and pressure sensitive tubes and other gear to control any function that a standard controller can. Microsoft had unveiled the device in May 2018 before the Global Accessibility Awareness day. One of the key feature of the controller is that it has ports in its back which represents every button on a standard controller.