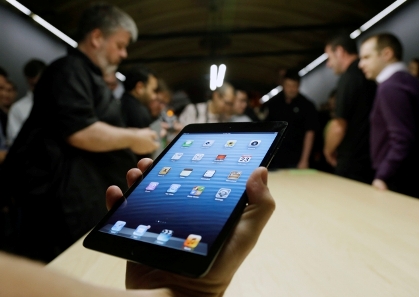 US tech giant Apple has sold out all of its iPad Mini pre-order inventory on October 29, 2012. The company had also sold out its white iPad mini inventory on pre-order launch last Friday, while the black models were held out till Monday.

The new iPad Mini was launched during a special media event on October 23, 2012, and the company began accepting pre-order sales on October 26, 2012. The device has a 7.9 inch multi-touch display with 1024 X 768 resolution, built in Wi Fi and Bluetooth. The other features of the device include, front and rear facing digital cameras and Apple’s new Lightning sync and charging connector.