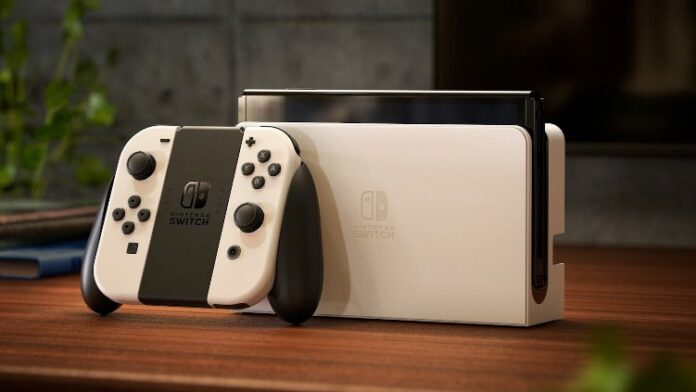 The Nintendo Switch- OLED models have been launched and have been around for a while now. Some of the gamers have noticed a protective screen on the device and Nintendo has clarified that it should not be removed. The protective film will work as a shield for the users if the glass breaks. The new Nintendo Switch comes with an ‘anti-scattering adhesive film’ that was earlier not a part of the original Switch and the Switch Lite. The earlier models did not need that protective screen as they were made of plastic while the new OLED models are made of glass.

This means that if the screen accidentally breaks then the shards of the glass can cause harm to the gamers and the protective screen with prevent any damage to the users. Alternatively, it will also help to prevent any scratches on it. When contacted Nintendo, the company confirmed that the protective screen should not be removed while adding that the users can alternatively also add another protective layer if they want.

It can be noticed that the page 2 of the Nintendo Switch OLED Health and Safety Information and Usage Guidelines document has clearly mentioned that the anti-scattering adhesive film on the OLED screen should not be peeled off from the console. A spokesperson from Nintendo of America informed that the company sells its official OLED model screen protector that can fit to the new screen. The Nintendo Switch OLED model was launched on October 8, 2021 with Metroid Dread. The game is not mandatory for the gamers to buy, but the fresh screen is surely a good improvement and is a great device for the ones who like to use the console as a hand-held device.

The new Nintendo Switch OLED model has already become popular among the gamers and is priced $50-$150 premium over the older models which makes all worth for the money.