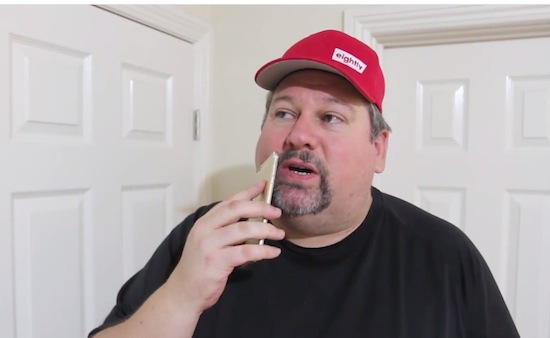 Apple, who is still recovering from the Bendgate fiasco, is now faced with another one in what netizens are calling the ‘#Hairgate’. A week after the iPhone 6 Plus on September 19, 2014, users began complaining that the phone was bending in the back pocket.

A video posted by a user on YouTube demonstrated how the phone was weak and that a small amount of pressure could bend it. Since then, the hashtag ‘Bendgate’ began trending on social circles. It has been less than a few weeks to the Bendgate and users have started complaining about another issue with the iPhone 6 Plus.

An anonymous post on the Macforum website claims “I’m concerned about my iPhone 6 Plus, keeps yanking out my hair when I’m making a call.” Since then, tweets have been pouring in highlighting similar problems. According to complains by users, hair is getting stuck between the aluminum case and the glass.

In response to the Bendgate allegations, Apple said that the bend in the iPhone 6 Plus would be “extremely rare” with “normal use”, which stressed the fact that the iPhones were made of the strongest glass and that steel inserts were added to reinforce stress locations.

Here are some of the reactions to the #Hairgate on twitter.

Paul Martens: “Haven’t had have a problem with my iPhone 6 Plus bending…but I definitely have had facial hair pulled. Consider Hipster Beards! #hairgate

Quinn Nelson: “People are joking about #hairgate but this is actually a real problem. Haha. It has pulled out my goatee hairs. Hurts!”

Ccoszbruno: “My iphone6 drives me crazy, my hair has been caught for times. #Hairgate”