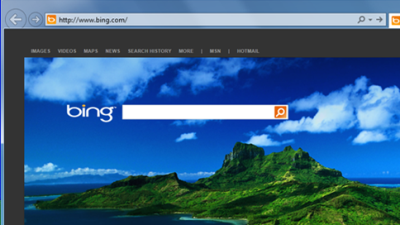 Microsoft loyalists will be rejoicing with news that the PC manufacturer will be releasing Internet Explorer 10 (IE 10) for Windows 7 devices as well, according to reports on February 26, 2013. The updated browser was only available for Windows 8 till date, but with a new update in the pipeline, IE 10 will now be available across both operating systems.

IE 10 is an advanced version of its predecessor, being more stable and faster than IE 9. The new browser also complies with standards and incorporates improvements in HTML 5 code and CSS 3 as well. According to Ryan Gavin, who is the general manager for Internet Explorer, the company has stopped trying to grab a share of the browser market. Instead, Microsoft would now like to take advantage of improvements in hardware.

The new IE 10 browser will also have newer JavaScript and Chakra engines, along with improved security innovations. There are some quirky additions as well, such as Pointer Events, which are tools to incorporate touch programming. This is strange because Windows 7 is not known for its touch devices.

With IE 10, Microsoft will finally have something to boast about in the browser game. Its rival browsers Chrome and Firefox are generally considered to be the ones high-end users prefer, however the company will have to wait for those not on Windows 7 to migrate over, so that it can stake its claim in the browser battlefield.