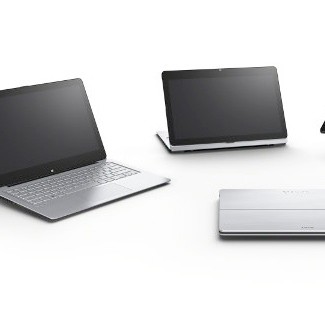 Laptop manufacturing giant Sony has warned users of its Vaio Fit 11A. The company said that laptops which have non-removable batteries in the computers are likely to overheat and catch fire.

Sony launched the Vaio Fit 11A in February 2014 at a starting price of $799. The device has an 11-inch swivel screen which can be flipped around and placed so it covers the keyboard and makes a tablet-like experience for users. Reports say that about 26,000 units of the Vaio Fit 11A are affected by this glitch. The faulty batteries have been manufactured by Panasonic.

Sony revealed that so far, it received three reports of overheating and causing fire damage to the PC. After these reports, the company stopped selling the computer at the beginning of April 2014. The company also clarified that it did not manufacture batteries for the device.