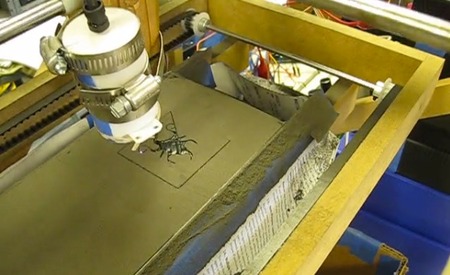 When it comes to the 3D printer which produced plastic objects, this was done by melting plastic filament and then creating objects by building them up in thin layers. The same method is used for the 3D metal printer in order to create objects of steel. Commercial metal printers are already on the market and are priced at about half a million dollars.

However, the good news is that the 3D metal printer developed by Michigan tech team utilizes material under $1,500 worth, which makes it much cheaper than others and very affordable for the use at home. The makers have suggested that, for now, the printer is better off in the hands of a shop, garage or a skilled DIY-er. This is because it requires additional safety gear and more fire protection equipment than the normal plastic 3D printer.

The software, firmware and the detailed plans are available to the public, which means that anyone can use them in order to make their own metal 3D printer .