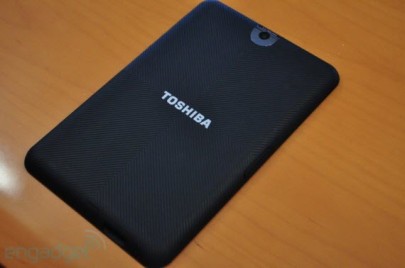 Japanese-based electronics giant Toshiba is planning to expand its US tablet offerings later in this year. It will explore more screen sizes and price points as part of the new Windows 8 and Android tablets, which will be launched under multiple price ranges in the United States.

The information on the development was given by the vice president of marketing at Toshiba America Information Systems, during a press event in New York. The new tablets by the company will represent a renewed effort, so as to expand in the US tablet market after a long silence.

The company is all set to show off one of the new tablets at the Google I/O show as well. The event has been scheduled to be held between May 15, 2013 and March 17, 2013 in San Francisco. The details of the tablet were not unveiled and even the launch date has not been released to the public. The company said that it was willing to compete at prices which were as low as $199.

Many considerations will be made for the pricing the tablets, including the operating system and screen size. Toshiba will be entering a highly competitive market with companies like Google, Amazon, Hewlett Packard, Samsung, Lenovo and many others, who offer low-cost Android tablets.