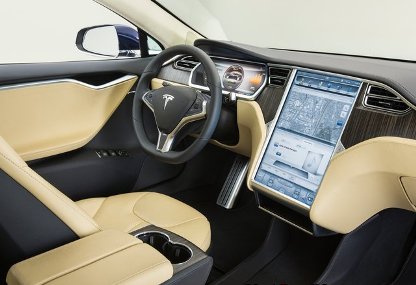 As technology progresses, cars are being fitted with more advancements, due to which traffic safety regulators in the US have appealed to the automakers to voluntarily limit the usability of touch screen n devices in these vehicles. The regulators opine that limiting such usability will help to reduce distractions for drivers, which will ultimately reduce the number of road accidents.

This week, the National Highway Traffic Safety Administration released voluntary guidelines which have called for automakers to limit the amount of time it takes for a driver perform a single function. For instance the function of the audiovisual system must take just 2 seconds. Moreover, a ban on manual text entry services, including social media, display of websites, ebooks and other such distracting functions on the touchscreen has been called for.

The voluntary regulations come right on the heels of a report which was published earlier, mentioning that voice-to-text services are not safe for driving. The rollout will allow automakers to make changes in the vehicles that will help prevent future accidents.

On the other hand, the current guidelines have also said that drivers are allowed to read messages and perform other tasks on the infotainment system of the vehicle, while moving it under 5 mph.