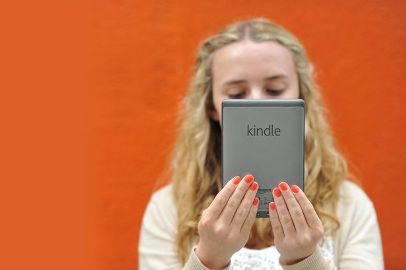 Online shopping giant Amazon has been criticised for not being able to support Welsh on its Kindle tablet. This has sparked a new row in terms of language restrictions for handheld devices.

Y Lolfa, a Welsh publisher, has filed a petition against Amazon, after the online shopping site said that it was unable to support the language. Until now, Amazon was able to host its Welsh books in English, but recently this facility was withdrawn. Garmon Grufudd, the managing director of Y Lolfa said, “Last year we published Welsh language books on the Kindle, but we listed them as English books because Welsh wasn’t a supported language”.

Gruffudd added that this year they had refused to put them through the route, as they claim that it comes under the unrecognised language. Amazon explained that it was not able to support certain character based languages like Russian. However, Gruffudd claims that Welsh is based on alphabets such as English, which means that there is no technical reason for Amazon not to support the language.

On the other hand, Amazon said that it does not officially support Cornish either. On the Kindle, Amazon supports just ten languages including Japanese, Galician, Catalan and Basque.