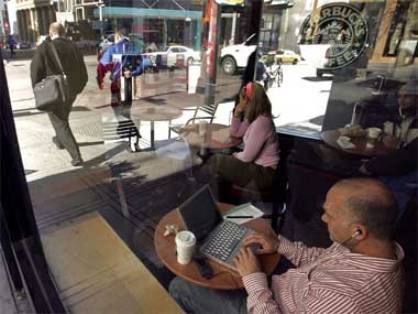 Many people today struggle with slow public Wi-Fi internet connections at coffee houses, libraries and airports. Now however, scientists have developed a new technology which will help to improve these public connections by up to 700 percent.

The existing network setup will have new software which will help in connectivity. Researchers said that existing settings work by transferring data through a single channel, but they can also become clogged when many requests are sent by users attempting to access Wi-Fi networks all at once.

When users access services on the internet such as websites, they require data to be sent back and forth between those sites, this slows down the connection for other users who are also requesting similar information. To solve this, the data that is being sent needs to be prioritized. This is where the new program designed by researchers from North Carolina State University comes in.

By monitoring the amount of traffic passing through a Wi-Fi connection, the new software can start sorting and prioritizing data wherever a backlog is detected. This new software is known as WiFox. WiFox helps to smooth out the back-and-forth flow of traffic, thus speeding up the connection for more people to use.

The team of researchers said that they used a real Wi-Fi system which is capable of handling 45 users to test the system.