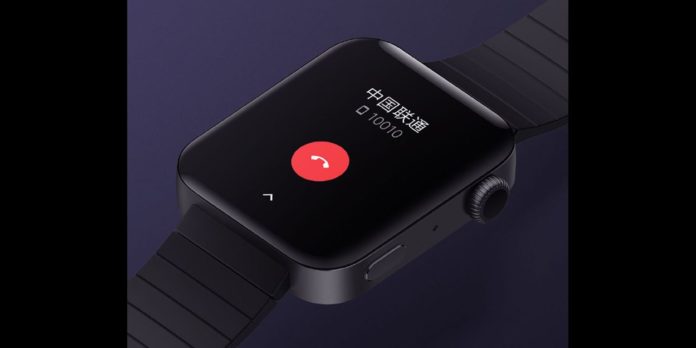 Xiaomi is all set to unveil its first wearable device, a smart wristwear under its main brand. The company is not completely new to the segment as it has been making wearables through Amazfit. A number of reports have named the upcoming device as the Mi Watch and the name was found in the code of the Wear OS app update. The Chinese tech giant has released a teaser image for the upcoming smartwatch. Reports say that it looks more like a smartwatch than a fitness tracker like the Mi Band 4.

The new image that has been revealed has indicated that the design of the device might have a few inspirations from Apple. If compared, the image actually looks strikingly similar to that of the Apple Watch as it features a square face with a rotating crown on the right side of the fitness tracker. Even the Amazfit Bip series by Xiaomi has got a similar design but since the company has recently announced the series in China, the teased image is likely to be a while new series of devices.

The teaser by Xiaomi has also revealed that the company is all set to introduce the next device on November 5, 2019 in China. But it is still not known, if the device will be available in other markets like Australia, UK and US. The new fitness band by Apple has an always-on display, but is not expected to have a great battery life. The users should not expect to get a battery life of more than day.

Some other impressive features of the device include a heart rate monitor, GPS tracker and the users can also take an ECG. This means that the device can also be a life saver in many situations. But the question here remains if Xiaomi will be able to deliver an equally impressive device when compared to the Apple device.