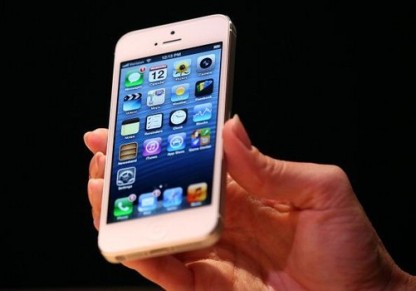 US giant Apple had earlier promise to make available its new iPhone 5 smartphones on Sept 21, 2012. But the company pushed back the shipping estimates of the smartphone just hours before it was supposed to be added on its online store.

Apple had earlier assured that iPhone 5 would be made available for pre-orders from September 14, 2012 and would hit the retail stores on Sept 21, 2012. The company had also said that those who placed the orders through pre-order could receive their phones within in two weeks.

The pre-order page said that all three models 16 GB, 32 GB and 64 GB will be shipped in two weeks if ordered today. On September 13, 2102 when the iPhone 5 page went online the page noted that iPhones pre-ordered online would be shipped by Sept 21, 2012.

The notice has now been replaced by another notice which says that the device will be available in two weeks in US, France, UK, Germany and Australia. Reports have said that Apple had changed the shipping estimates just one hour after it became available for pre-order online compared to the 22 hours that it took for the iPhone 4S to sell out in pre-order.