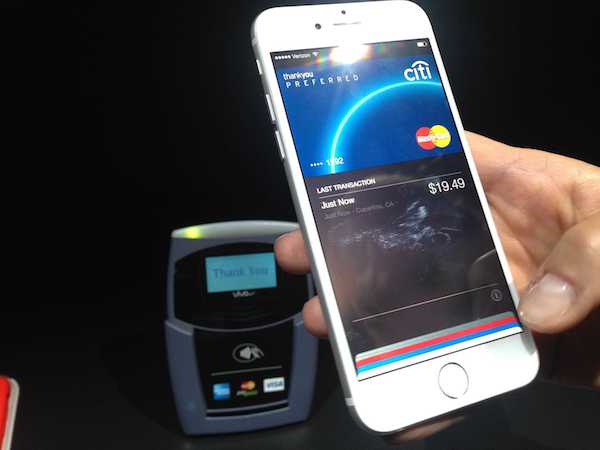 On September 9, 2014, Apple had introduced to the world their latest iPhones – iPhone 6 and iPhone 6 Plus. Along with the two new hardwares, Apple also introduced a new software, that they believe would change the way the world functions. Announced over a month ago, the Apple Pay kicked in for the first time today, October 20, 2014.

With Apple Pay, users would be able to buy goods and services by paying with their iPhones. The digital wallet system introduced by Apple seeks to do away with the use of credit cards. The technology will use near-field-communications (NFC) to transfer fund from the iPhone.

The use of a finger print for authentication might also appeal to a lot of users. Through the Apple Pay, customers information is more secure than it is when using a credit card since Apple generates a unique ID for each transaction. This way, none of the customer’s card details are shared with the merchant.

In order to make this happen, Apple partnered with the three biggest credit card issuing companies in America – Visa, MasterCard and American Express.

However, there are a few potential issues with Apple’s digital wallet.

Unless Apple can tackle these issues, it seems unlikely that the digital wallet will take off really. Everyone will be waiting to see what changes Apple makes in the future to make mobile wallets a success.