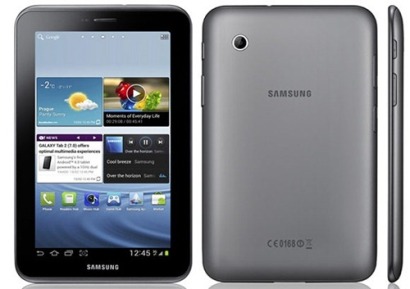 Despite the launch of the new Android 4.1 known as the Jelly Bean, many of the Samsung’s Galaxy Tab range are yet to get the Ice Cream Sandwich upgrade. But now the company has announced that the devices would get the 4.0 upgrade almost after a full year after its release.

The company has confirmed that the ICS update is already live for its Galaxy Tab 2.7.0 and Galaxy Tab 10.1 slates. The upgrade can be downloaded over the air or through the Samsung’s Kies software application.

Samsung said, “Any further updates for the Galaxy Tab range will be announced in due course”. At present the upgrade is available is only available for the UK users but it has not been confirmed on when the other users in the other countries will be able t get their hands on the upgrade.

Samsung added, “The rollout of Android 4.1 Jelly Bean, has started with Galaxy Nexus HSPA+ and Nexus S devices. We will announce updates to the rest of our Galaxy portfolio of devices in due course”. It has been standard for Android for the slow despatch of the upgrade. On the other hand some of the devices like the new Nexus 7 re already boasting the Android 4.1 Jelly Bean.