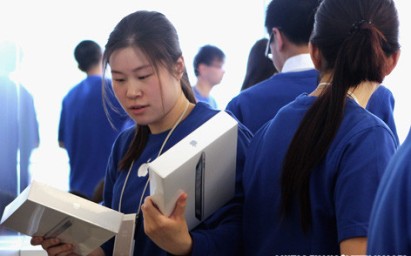 Computer manufacturer Apple will now begin selling its iPad in the China market from July 20, 2012. The company will once again begin selling the iPad after settling the trademark dispute by paying $60 million.

Apple said that it will begin selling the iPad starting from $499 and the older iPad 2 starting at $399. The Apple tablet computers will be sold through approved retailers as well as online.

The trend has shown that the company brings its products to China later than the other countries. The product went on sale in the US and other countries in the month of March this year. It has a sharper screen and a faster processing chip than the earlier two iPad models.

In terms of tablet computers, Apple still dominates the emerging markets though Google and Microsoft are coming out with competing devices. For Apple, China is the second largest market after the United States and also the source of much of its growth. The company said that it had bought the global rights to the iPad name from Shenzhen Proview Technology in the year 2009. But the Chinese authorities said that the rights in China were never transferred.