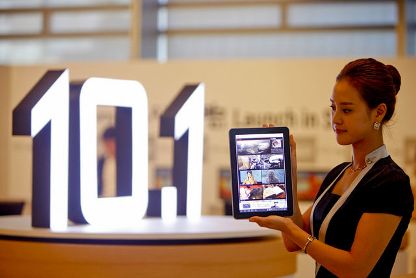 Once again it is a win for US based iPhone manufacturing giant Apple , who has been granted a temporary injunction by US court which has banned the sales of the Samsung Galaxy Nexus smartphone. On June 29, 2012 US judge Lucy Koh granted apple a preliminary injunction against the sale of the Galaxy smartphone.

Last week the same judge had handed down a ban on the sales of Samsung’s Galaxy 10.1 Tab inside the US. The two companies have been against each other since the month of April 2011 in terms of the patent infringement across the world.

Apple has claimed the Samsung has slavishly copied many of the features of its iPhone and iPad mobile devices in the design of its own products like the Galaxy tablet and Nexus smartphone. Samsung on the other hand has also hit back to the company with patent related allegations.

The Galaxy Nexus was developed by Samsung and Google and was launched last year. Judge Koh said that Apple has made a clear showing that in the absence of a preliminary injunction it is likely to lose substantial market share in the smartphone market. The Judge added that it would have also resulted in decline in the sales of future smartphone purchases.