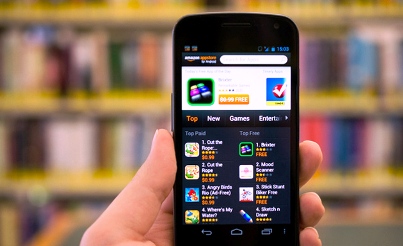 Popular online retailer, Amazon has announced its plans to bring its Android AppStore to the UK. This has also hinted that the users might soon be able to get their hands on the Kindle Fire tablet.

The online retailer has already started inviting the European developers to build apps for its own brand Appstore. The step has been taken to bring the portal to Europe in the next few months.

The Amazon App store will be first launched in the UK followed by Germany, Italy, France and Spain and will offer the Android device owners an alternative to Google Play store. Jim Adkins the vice president of Amazon Appstore indicated that the European launch has come after its success in the US.

Adkins said, “We are thrilled at the success our developers have experienced on the Amazon platform in the last year.” The vice president explained that some developers have seen revenue double since the launch of In-App Purchasing and added that they are excited to open the door to more opportunities by expanding sales outside the US. However , Amazon is yet to reveal the release date and was even unavailable for comment. With the launch of the App store, it will be a huge potential for the current developers.