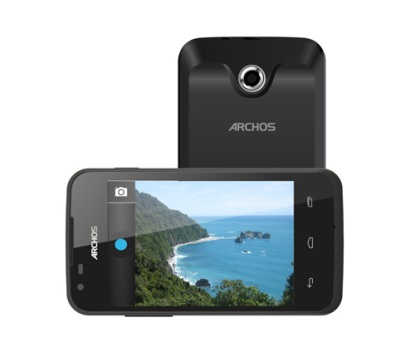 Tablet manufacturer Archos announced on April 18, 2013, that it will be launching its debut Android smartphone lineup. The budget tablet maker announced the that it will be releasing the Archos 35 Carbon, 50 Platinum and 53 Platinum. The new Archos smartphones might not sound exciting, but the company has powered its handsets with a yet untouched version of Google’s Android.

The new smartphone has been announced to win over Android fans who have not used the new platform. The handsets will be available from the month of May 2013 and will boast of decent hardware specifications. They have also been priced at £79.99, £179.99 and £199.99.

Loic Poirier, the CEO of Archos said, “The smartphone market is shifting, as SIM-free sales versus subsidised sales are increasing. Archos is prepared to respond to this change, as we can offer retail channels affordable, unlocked and feature-rich smartphones without the heavy price tag”. The CEO added that the company is offering the new devices SIM free and unskinned, due to the current trends of the mobile market.

Poirier went on to say that smartphones and tablets shared inter-related markets, which have been quickly crossed over with the arrival of phablets. These devices are phones, as well as tablets. The company is yet to announce the launch date of the new smartphones.