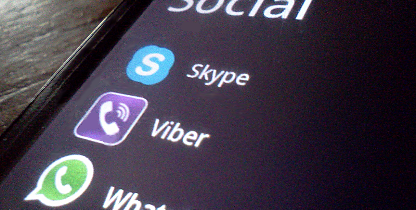 The Kingdom of Saudi Arabia is looking forward to banning messenger applications like Viber, Skype, and WhatsApp. These applications will be banned, unless the operators allow the authorities to censor them.

At present, the Communications and Information Technology Commission is working with the application providers on the issue. According to media reports, the serviced providers have been given time until Saturday to respond.

If the operators will not respond in time, then they will have to face the consequences. Another source from the industry familiar with the matter said that the telecom operators were behind the move and are pushing for the ban due to the damage caused by over-the-top (OTT) service providers.

The news was leaked via a similar move in the year 2010 by Saudi Arabia, which had threatened to ban the BlackBerry Messenger service, unless the company allowed authorities to have greater control to monitor the messages. Other industry sources say that the telecom operators were behind the move and has accused the STC of asking for commission to impose censorship due to the damage caused by free-of-charge applications. On the other hand, in neighboring UAE, most Skype applications and Viber are blocked, but WhatsApp messenger can still be accessed.