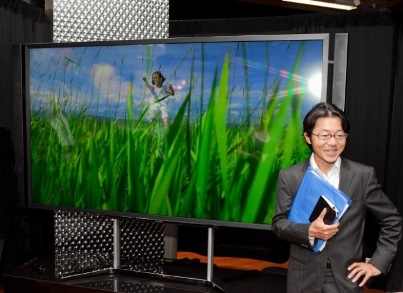 The 2014 Football World Cup could be the first major sporting event to be broadcast in 4K, which is a big step forward for high definition television technology. Japan has said that the event would be broadcast to anyone who has a television set that is capable of receiving the 4K signal.

The technology will not be cheap, with sports bars having the best chance of obtaining the new devices by the start of the World Cup 2014. The Japanese Ministry of Internal Affairs and Communication announced that the country will be launching the first official 4G broadcast to be made via television.

The fact that the Asian technology powerhouse is one of the first to make the announcement comes as no surprise as many major television manufacturers are based in Japan. Names such as Toshiba, Panasonic, Sharp and Sony are all striving for a share of the 4K market and it is possible that they have pushed the concept as well.

Direct broadcast satellites will most probably not be used for the initial video signal and Japanese communication satellites will be used instead.  The news of the broadcast for 4K televisions comes shortly after many such sets were unveiled at the Consumer Electronics Show in Las Vegas.