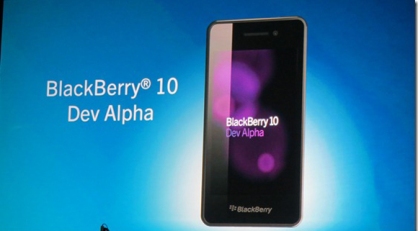 BlackBerry smartphone maker Research In Motion (RIM) is planning to gear up for the 2013 launch of the BlackBerry 10. On November 29, 2012, the company has announced the availability of a BlackBerry 10 testing device which will feature the company’s signature QWERTY keyboard.

Developers can also apply to get the BlackBerry 10 ‘Dev Alpha C’, which will allow them to test applications which utilize the physical QWERTY keyboard, rather than a touch screen display. RIM clarified that only a limited number of testing devices will be produced and these will be reserved for a priority list of developers, who have demonstrated that they are building apps for BlackBerry 10.