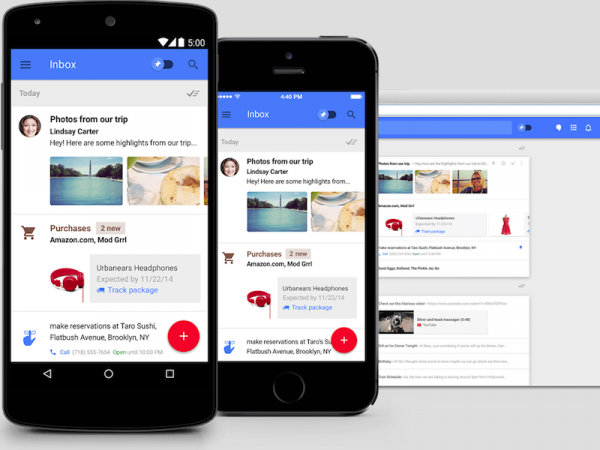 Search engine giant Google had introduced its email app a year back when it revealed about its ability to act as an assistant. Now the app has become potent to act like an aide. Google will soon be rolling out a new feature known as ‘Smart Reply’ which will make use of artificial intelligence to suggest replies for the messages.

The new feature will be introduced in Inbox’s iOS and Android apps later this week. The feature will have three short sentences that are based on how the users have responded to similar emails in the past. Balint Miklos, the software engineer in a blog posts said, “For those emails that only need a quick response, it can take care of the thinking and save precious time spent typing. And for those emails that require a bit more thought, it gives you a jump start so you can respond right away”.
Miklos further explained that it took quite a lot to get it working. It has made use of the machine learning techniques to surface relevant responses in real time. Other tools which are used include natural language technology. The smart replies are expected to improve with time as the users begin to use the feature.
Miklos shared that when they started testing it, the commonly suggested reply was ‘I Love You’ which was not always appropriate in most of the work-related correspondence.