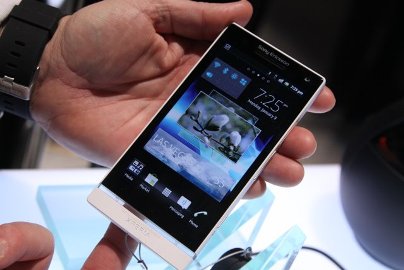 Telecom network Three has began rolling out the much awaited Android 4.0 Ice Cream Sandwich (ICS) update for its Sony Xperia S customers. The upgrade has been announced after the SIM free release on the phone in UK last week.

Three said that it has become the first network to begin rolling out the ICS update to Sony’s flagship phone. The telecom company also said that the upgrade is now available to download by hooking the phone to the PC.

The company said, “There won’t be any push notification alerting customers to the update – the update is via PC Companion only.” After the installation of the Ice Cream Sandwich to the Sony Xperia S , it will boast whole new features.

The main attraction of the upgrade is the bundle of apps from Sony which includes Walkman, Album and Movies. The apps offer the users reworked music app, an enhanced music player and a photo viewing gallery. Some of the other features of the upgrade include, resizable home screen widgets, revamped lock screen, improved control of mobile data and resizable home screen widgets. The company was also asked if it would provide the latest Android Jelly Bean, to which it did not have any answer.