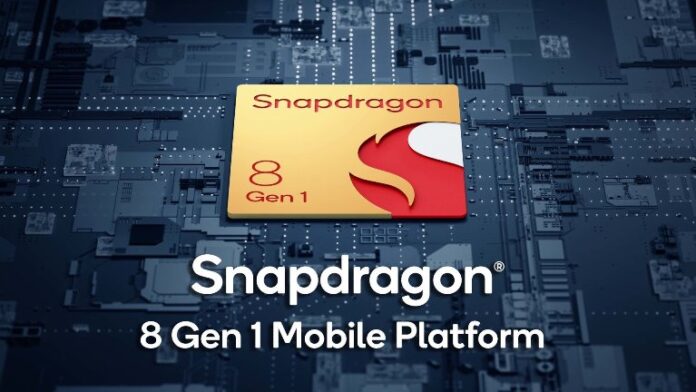 Qualcomm has recently unveiled its premium processor that is expected to power some of the flagship devices from smartphone giants across the globe. Pete Lau, the CEO of the Chinese smartphone giant OnePlus has confirmed that the next-generation flagship series will be powered by the Snapdragon 8 Gen 1 chipset. Lau mentioned about it on his official Weibo page that the new chipset by Qualcomm will be included in the next-generation smartphones.

Though he has not mentioned about the OnePlus 10 and the 10 Pro, but these are the handsets that are expected to be launched next and are also most likely to be called so. Details of the OnePlus 10 Pro were leaked in November 2021 and seem to have a design that is similar to that of the Samsung Galaxy S21. It is also expected to have a different rear camera array that is found on the previously released OnePlus devices.

The news about OnePlus to include the premium SoC does not come as a surprise as it did the same thing with the OnePlus 9 series. To specify, the company has not yet made any official announcements about the OnePlus 10 or the 10 Pro and even the names that have been specified are speculations. With the inclusion of the latest chipset by Qualcomm, the next generation devices by OnePlus can now compete with the best Android phones in the year 2022 and that can also include the Galaxy S22 series.

Talking about the new Snapdragon 8 Gen 1 processor, so far five smartphones are expected to have the fresh chipset. It includes Oppo, which is the sister company of OnePlus , the Xiaomi 12 series, Realme GT 2 series and the Motorola Edge X30. The upcoming 4nm based processor is expected to be better than its predecessor and is expected to be faster by 40 percent. Faster processors would mean faster and better performing smartphones.